PRINZGAU/podgorschek create their incisive and lighthearted works within the dialectic of use and rededication, functional and aesthetic value, specification and redefinition.

The artists like to keep their work suspended – free from any strict categorization according to artistic genre, they move smoothly between visual art, architecture, design and film. Everything they get their hands on can become a medium for their artistic intervention. With their rich inventiveness in coming up with new artistic strategies, their works might manifest any possible stage of the process – from the initial draft, through architectonic improvisations, to precisely executed objects. They delve deeply into social and political issues – whether traffic, the economy, or working conditions – treating these subjects on a symbolic level. Mischievously questioning our conventional patterns of perception, they offer irritating approaches and astonishing solutions, sometimes in the form of detailed sketches, sometimes as radical large-scale concepts.

This show of their work, which was developed in the course of an artist-in-residence stay at O.K, includes the installation Fadenbrand (2004), and for the first time offers a survey of the artists‘ more than twenty years of collaboration and their multifaceted output. The spectrum ranges from works in the public space, including what is probably the most famous of these, the excavated highway section near Mistelbach ( Die Entdeckung der Korridore, 1995), through multimedia works, objects, and large-area topographical planning, to a broad cinematic oeuvre, which forms a separate focal point of the exhibit. In addition to creating a comprehensive video portrait in the O.K media studio, Paarläufer (2004), they also worked through and reorganized the film and video archive.

This overview of the artists‘ work includes two repeat installations – the first is the projectile apparatus ironically entitled the right man at the right place (1996). Unlike at its debut presentation in 1996 in the New Gallery at the Landesmuseum Joanneum in Graz, where the work was shown as a performative, interactive installation, this work is exhibited more like a classic museum piece at O.K – as a static installation. The fountain sculpture Ressourcengeflechtsturm (1995) was newly installed for the show, in the O.K. stairwell. In this piece, water flows continuously over a tower of stacked tables. The flow of water becomes a metaphor for everything that crosses a table and is thus trickels away.

The distribution of resources against the background of the social conditions of textile workers in India is the theme of the newly developed multimedia work Fadenbrand (2004). Alongside a documentary film about their research trip, a textile work process is taken up in the large hall of the O.K and the square outside. Threads redirected over numerous bobbins run through and out of the room onto the square in front of the building, and are rewound in the opposite direction. Like a thread machine, the constantly turning end points take up all the material generated throughout the course of the exhibition, filling up around the middle and becoming fat and round.

As their contribution to the exhibition „Die Augen der Architektur“ (1994), PRINZGAU/podgorschek drilled a hole through the O.K from attic to ground floor, adding a vertical element to the otherwise horizontal building. Through this hole, 40 cm in diameter, drops of water fell from attic to cellar onto a hot steel plate. The work called into question the contemporary standing of „art in architecture.“ With just 1% of the building budget normally set aside for art, it’s often the case that, instead of meaningful, coherent aesthetic solutions in cooperation with architects, artists and clients, „artworks“ are simply implanted on walls and empty surfaces after construction is finished. The theme of the exhibition was to reflect on basic issues in architecture from an unusual perspective – the connection between art and architecture, or more precisely the architectonic handling of „spaces“ is scrutinized in an artistic space freed from the influence of the building’s owner.

Over the years, the artists have created a large number of objects, constructions, furniture, architectural works, considerations, drawings, collages, photographs, paintings, sketches, and models. To immerse yourself in the world of PRINZGAU/podgorschek, you need only enter the piece entitled Wunderkammer / Chaosraum , the artists‘ living and working space transferred to the O.K. The works here show every stage of the artistic process – from initial draft, through architectonic improvisations, to precisely executed objects. The frequently multi-part titles of their work describe the theoretical space to which the works refer, specify a direction for interpretation, and at the same time convey the pair’s working methods. The environment in which they live, the language of the materials they use, and their functional and aesthetic rededications, form the backdrop for their experiments and material studies. Many of their experimental projects are the result of long years of research into a particular aesthetic, expressing a specific cultural practice in a provocative and ironic manner. Their playful way of approaching a subject stands for an attitude and a way of thinking that is not exclusively rational, and which gives rise to the multiple layers of meaning in their works. Their habit of repeatedly renaming their own works shows that their meaning is not static, but instead depends on the context at hand.

Many of the duo’s concepts and utopias come about within the dialectic between space and materiality, and they prefer to express this by working with everyday, used materials. This material still resonates with its original context and, with a wink of the eye, challenges the tectonic structure and technology behind the artists‘ architectonic improvisations.

The fountain piece entitled Ressourcengeflechtsturm (2004) was first realized for the exhibition “ Hall²)0 – der Biß ins Wasser“ (1995), for which PRINZGAU/podgorschek also played the roles of curators and catalogue editors (together with Roemer van Toorn). The structure was made up of tables stacked on top of one another in several levels in front of the Kunsthalle Tirol. The water drips and runs from the tables down the table legs standing in buckets and onward over the basin. The flow of water becomes a metaphor for the „trickle down effect,“ the redistribution of resources.

Immediately after the trigger is pulled, the bullet orbits twice around the structure and lands at the back of the head – albeit protected by a bulletproof steel plate. A round projectile glides through a metal pipe bent into spiraling concentric circles and lands in a metal cage.

This installation was first realized in 1996 in the studio of the New Gallery at the Landesmuseum Joanneum in Graz, at the invitation of Werner Fenz. After the first shot was fired, a series of lectures took place with the invited guests, including culture scholar Wolfgang Pauser, philosopher Peter Berz, artist Sabine Bitter (Bitter/Weber), and ethnologist Verena Traeger, followed by a music piece by Bruno Liberda.

In 2004, a women’s solidarity group undertook a research trip to India’s textile production sites to investigate to what extent volunteer commitment to ecological and social causes (the codes of conduct created in the West) really contributed to improving working conditions for women in the South, or whether they only serve to assuage consumers‘ guilt. In these production plants, which include some that supply multinational corporations, social exploitation and a disregard for environmental laws can be witnessed as the other side of the global economy.

PRINZGAU/podgorschek accompanied this trip and expressed their reactions in their multi-part multimedia work „Fadenbrand.“ They documented their research directly in their video „Made in Dignity.“

The installation the artists created during their stay at O.K recreates a textile manufacturing process in the large hall of the museum. Threads redirected over numerous bobbins run through and out of the room onto the square in front of the O.K, and are rewound in the opposite direction. Like a thread machine, the constantly turning end points take up all the material generated throughout the course of the exhibition, filling up around the middle and becoming fat and round.

Good luck slot machine. Inscribed with the work’s title translated into more than 30 languages, this galvanized, perforated metal drum created by PRINZGAU/podgorschek was exhibited for the first time in 2002 at the MuseumsQuartier in Vienna. It is 39 cm wide and 125 cm in diameter and has a coin slot, as well as two bongo drums and a basin that make sounds as the money drops. Dropping in money will probably bring good luck – at least the clinking coins sound propitious – and the proceeds go towards supporting worthy causes, such as future art activities. 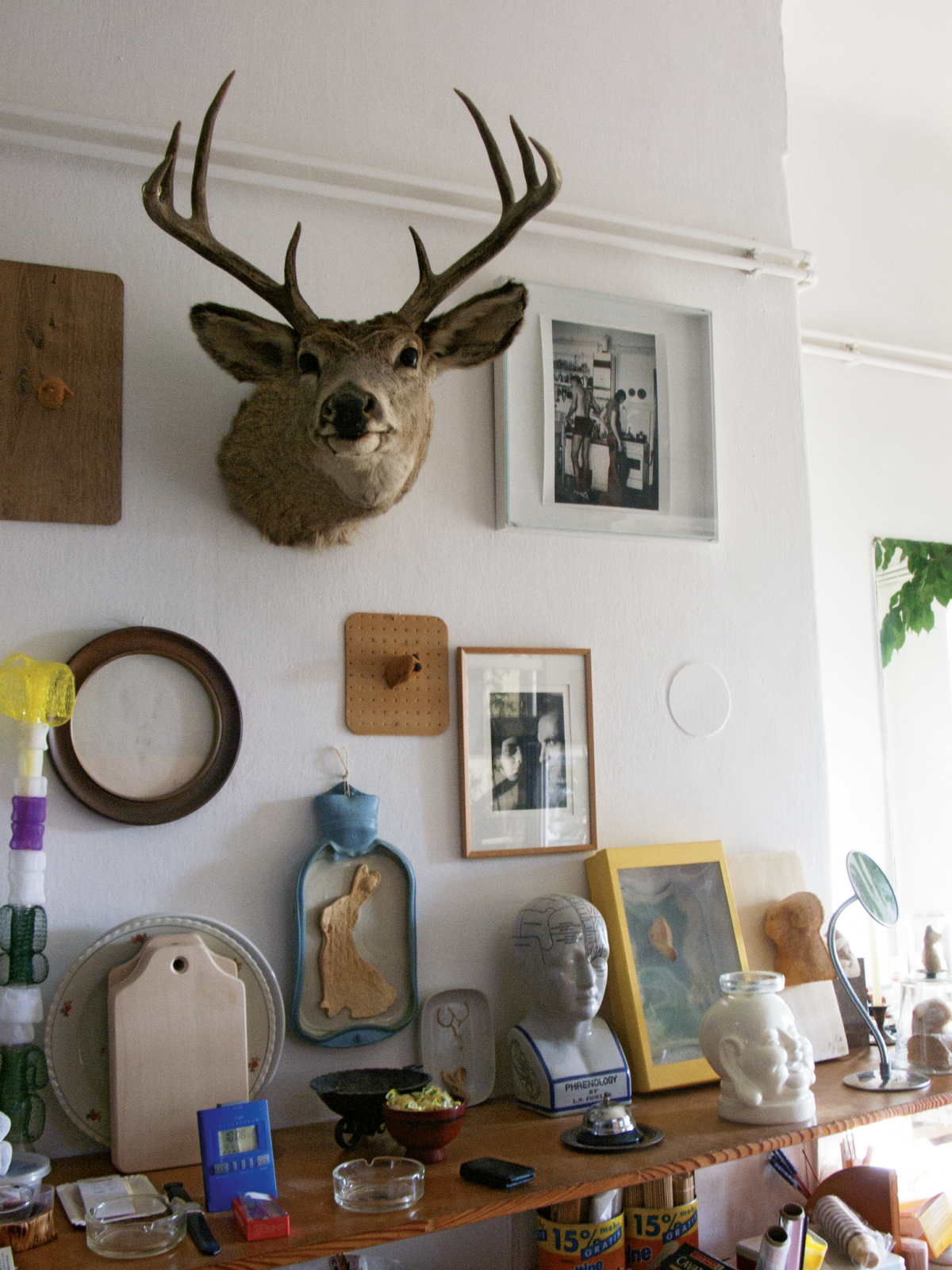 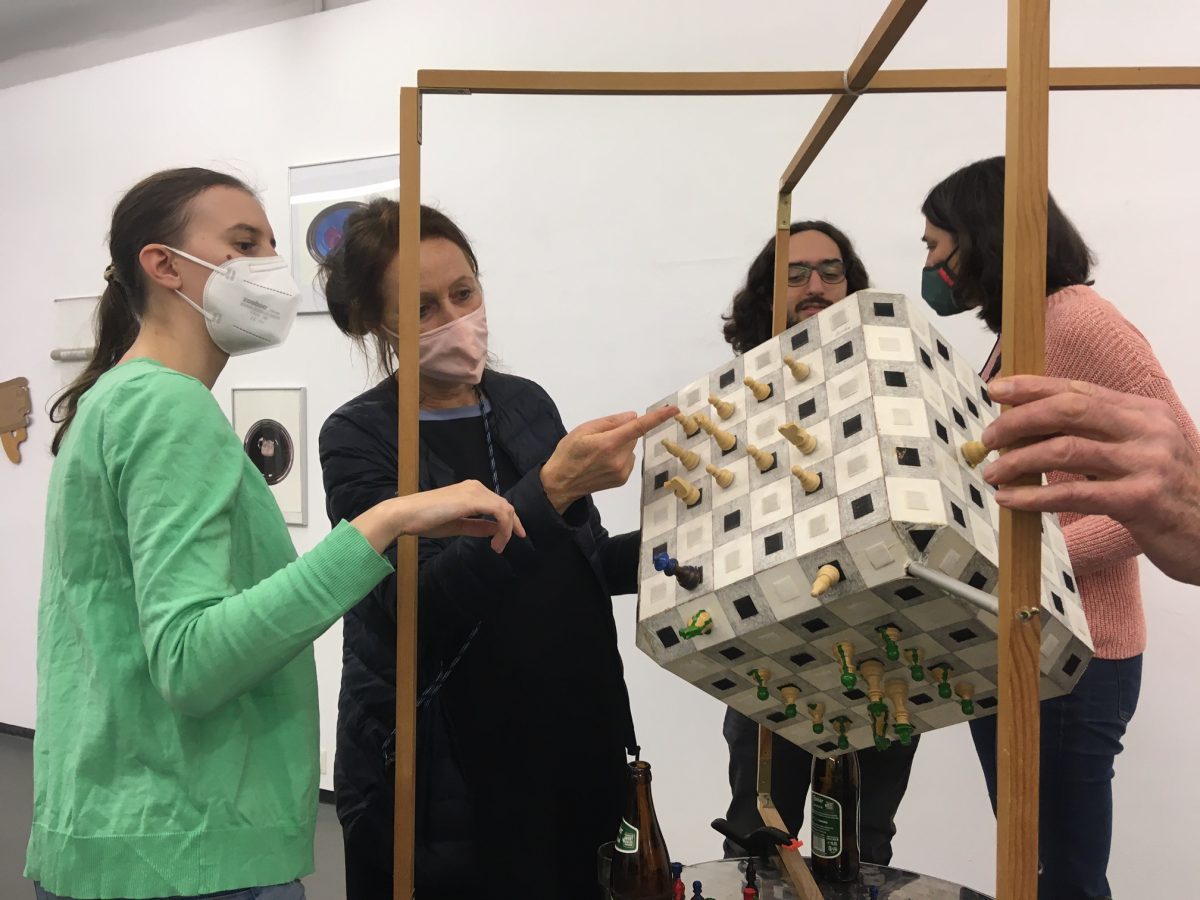 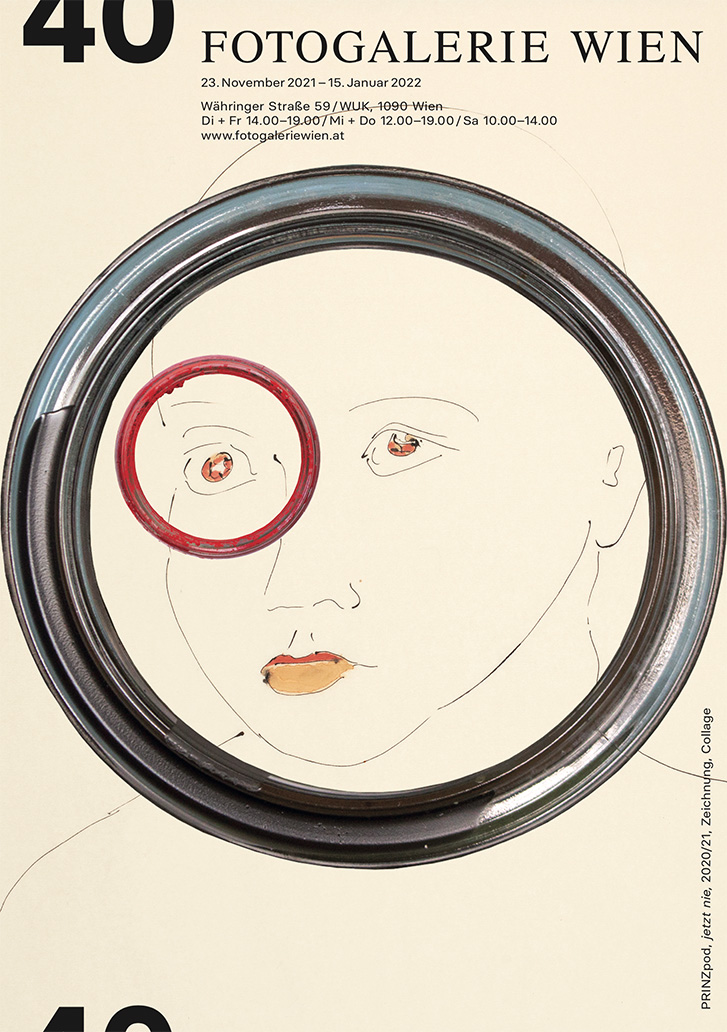